PRESENTED BY KICKS ENTERTAINMENT &  TRIPLE  J
In Partnership with SETS ON THE BEACH.

Australia, It’s Fk’n On! Set to make the biggest splash of the spring season, FISHER will be bringing along some new mates for his first ever and previously sold out ‘Bigger Than a BeachParty’ Australian headline tour, including Booka Shade (LIVE), PNAU (DJ SET), Loco Dice, Honeyluv (USA), Little Fritter, Richard Penny & Tina Says to Melbourne, Brisbane, Sydney and Perth.

Back for an even bigger and better series of hectic festivities, the announcement comes with location changes and expanded ticket allocations–meaning more FISHER fans can join the party.

The former pro surfer turned viral DJ sensation, Fisher gained international acclaim on the grammy-nominated dance hit, “Losing It”, making it one of the most played tracks in 2018.  His meteoric rise has since taken him to some of the biggest international stages, including Coachella, Tomorrowland and Ultra Music Festival, playing alongside some of the most exciting acts in the dance music scene.

The Fisher Australian Tour will bring together his favourite acts from all corners of the world before punters experience a highly infectious and energetic set from the vivacious producer himself.

Involved in both Perth & Melbourne legs of the tour the Palace J team are pumped for what Fishy business is to come! 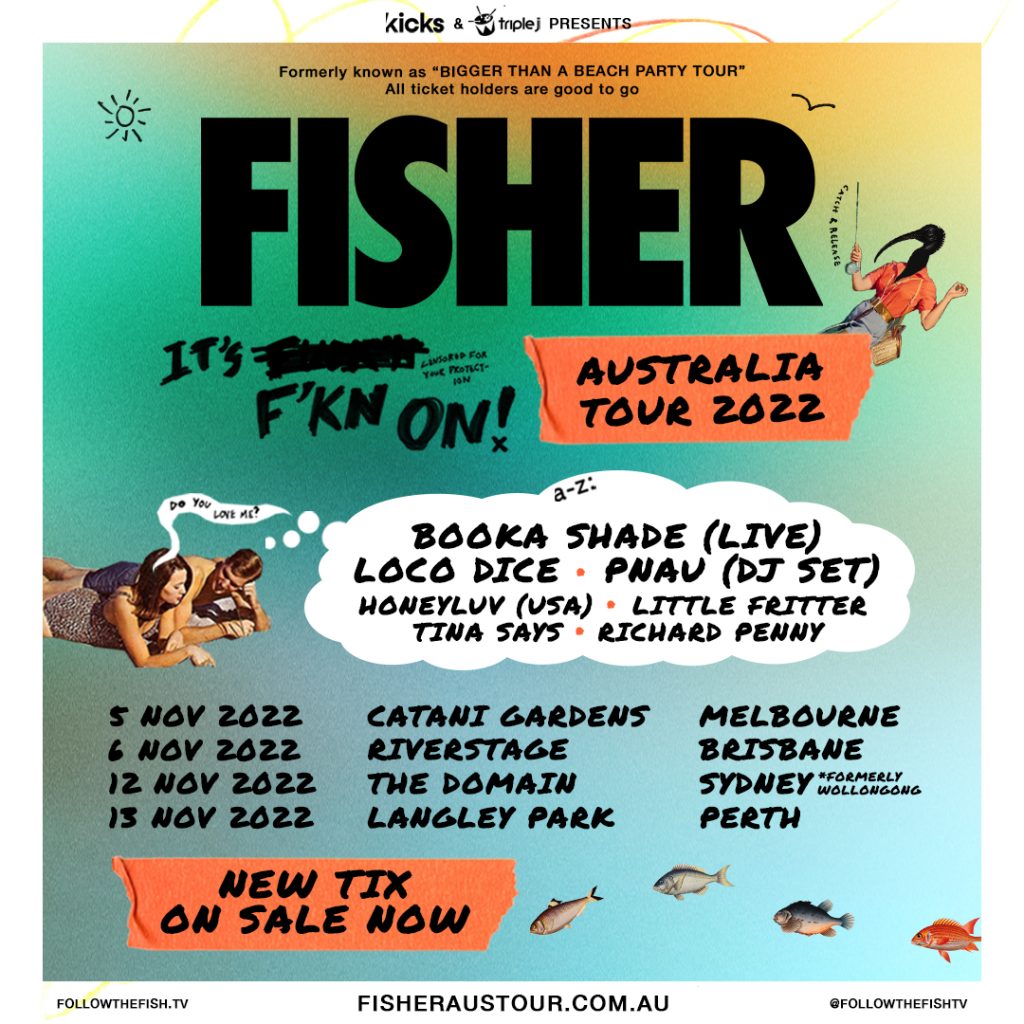